Home » Blog » What happens to the brain following a concussion? 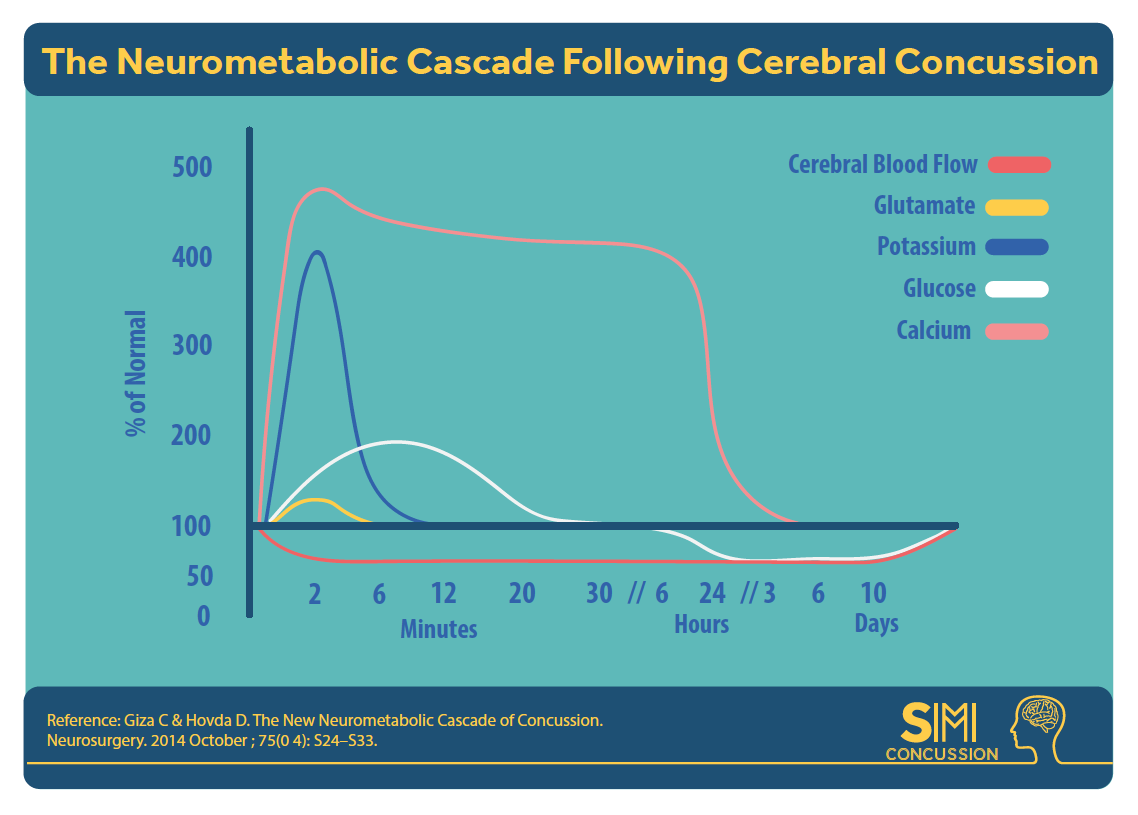 In an earlier blog, we discussed the definition of concussion. One of the cardinal features of concussion is that there should be no structural abnormality in the brain caused by the recent head injury.

Injury to the brain during a consussive episode, is that a disturbance to brain function rather than structure.

How do we know then what happens during a concussion? And also, the research in this area has taken place in animal models of mind traumatic brain injury. By studying these animals and what happens in their brain at the time of injury, we are able to have some idea of what happens in a human brain.

That figure below shows what happens at a metabolic level within a neurone (brain cell) following an injury to the brain. I appreciate that this is a complicated diagram, however, you will see that the majority of activity within the brain occurs early on within the first 30 minutes. What you will also note is the changes to the cell within the brain also take a lot longer to resolve after this initial disturbance. It can take more than 10 days in the average person in some individuals it can take much longer.

In order to look at this in more detail and maybe make it more accessible, the following series of pictures help to illustrate what happens to an individual brain cell at the time of concussion, and why we need to be careful around returning them to play too soon.

Concussion at a brain cell level… 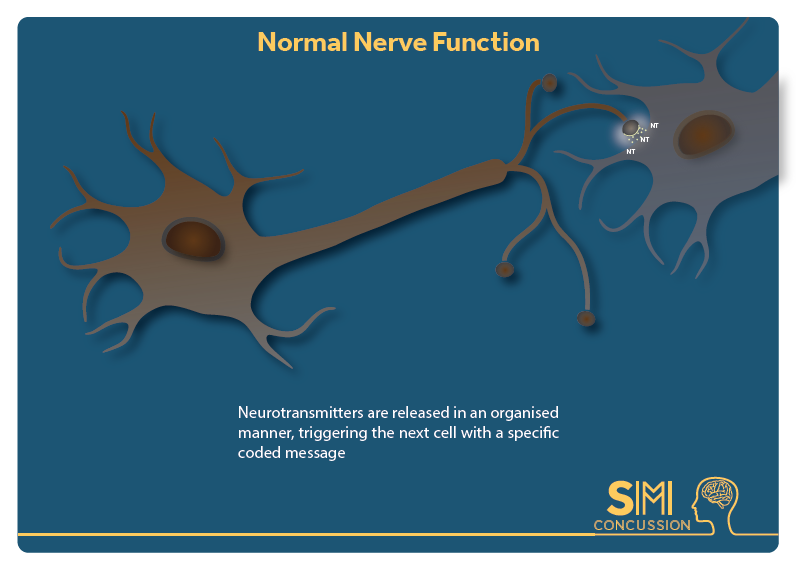 In the brain, the neurones are the individual cells, which communicate to other cells with the chemical messages known as neuro-transmitters. Depending on the coded message which is needed, neuro-transmitters are released specifically between cells in a very controlled manner. 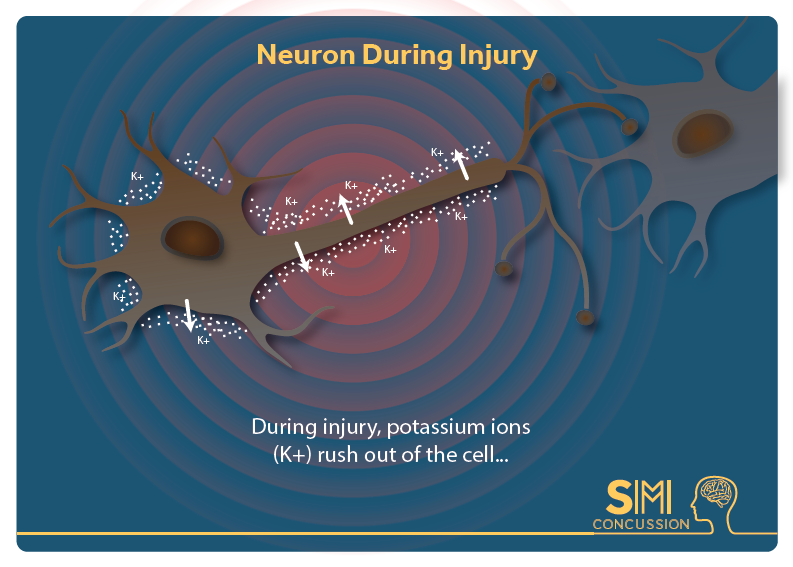 When there is an impact to the brain or a transmitted from elsewhere in the body that affects the brain, the neurone becomes disturbed. It can be lengthened or twisted in a mild manner but this causes a disturbance to the cell. The initial disturbance, which we have seen in the graph at the beginning of the section and we can also see clearly in the diagram here is that there’s outflow of positively charged potassium ions out of the cell. 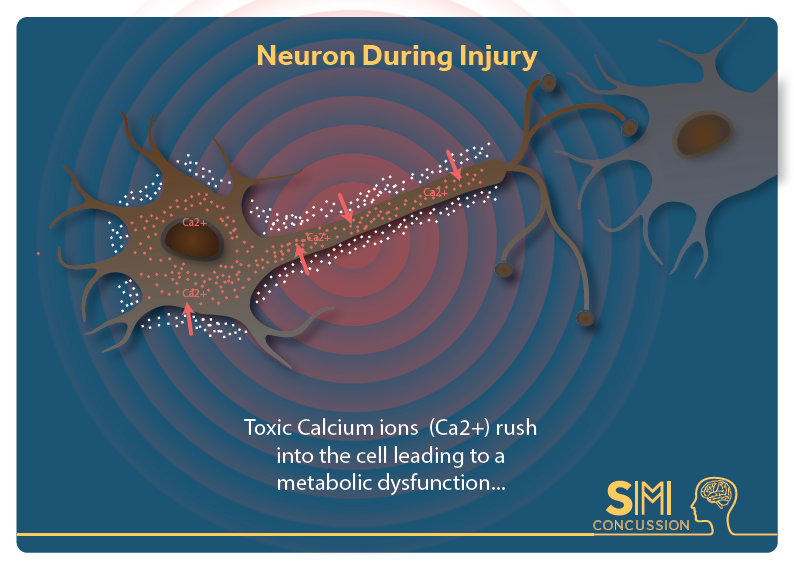 In order to stabilise this potentially dangerous outflow of potassium ions, there is an influx of positively charged calcium ions. This creates a significant metabolic disturbance within the cell and means that the cell does not work the way it would under normal circumstances. 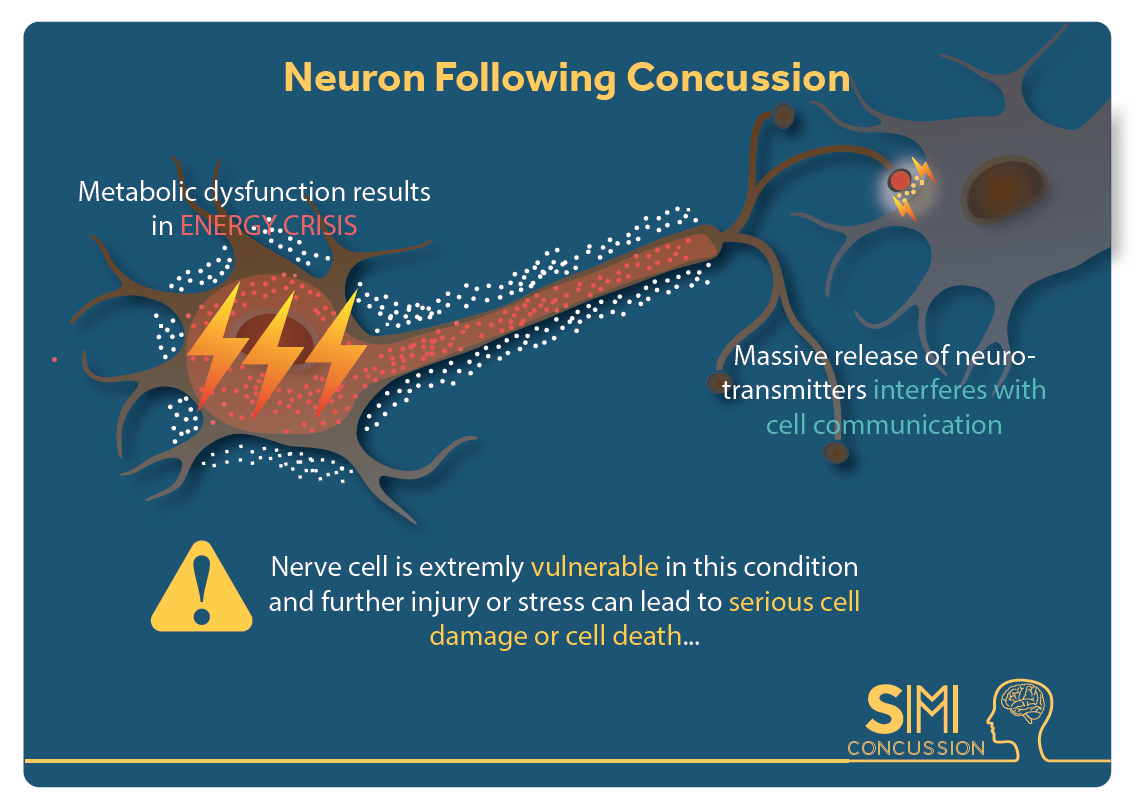 The subsequent dysfunction of the cell’s metabolism results in an energy crisis. The cell is not working properly, a massive release of neurotransmitters interfere with normal intracellular communication, and therefore brain function. During this time, the nerve cell is extremely vulnerable and any further stress or injury could lead to serious cell damage or cell death. This so-called second impact syndrome, in which an individual has a further blow to the head when they have not fully recovered from previous concussion, can result in catastrophic brain injury in the worst circumstances. Adolescent and children’s brains are particularly vulnerable to this insult. 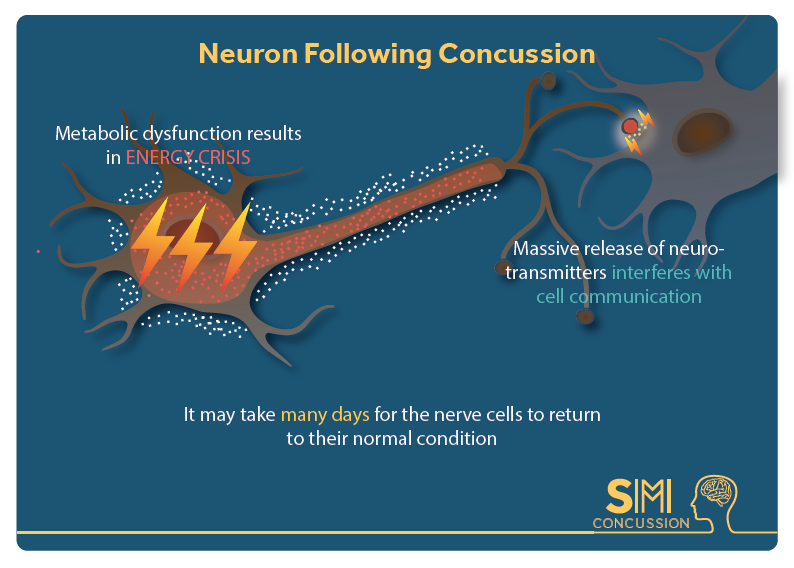 That is why it is essential to remove somebody from the field of play immediately after a concussion.  This will limit the risk of a further and more significant brain injury.

It can take many days for the nerve cell to return to their normal condition.  The length of this recovery is variable and it’s extremely difficult to predict. 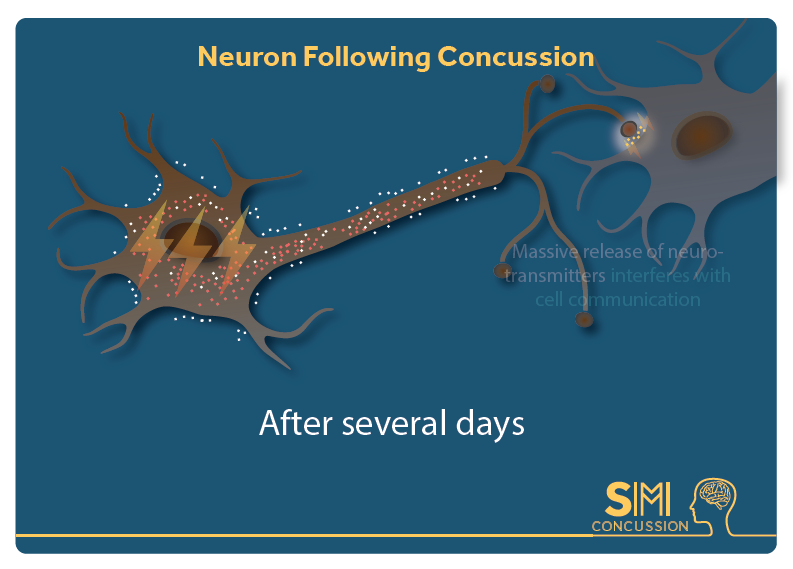 That is why it is important to monitor an athlete’s symptoms and also different aspects of their brain function. When these have returned to normal, it is usually advised that there is a progressive return to contact sports using the graduated return to sport strategy proposed in the Berlin 2016 International Consensus Statement on the management of concussion. 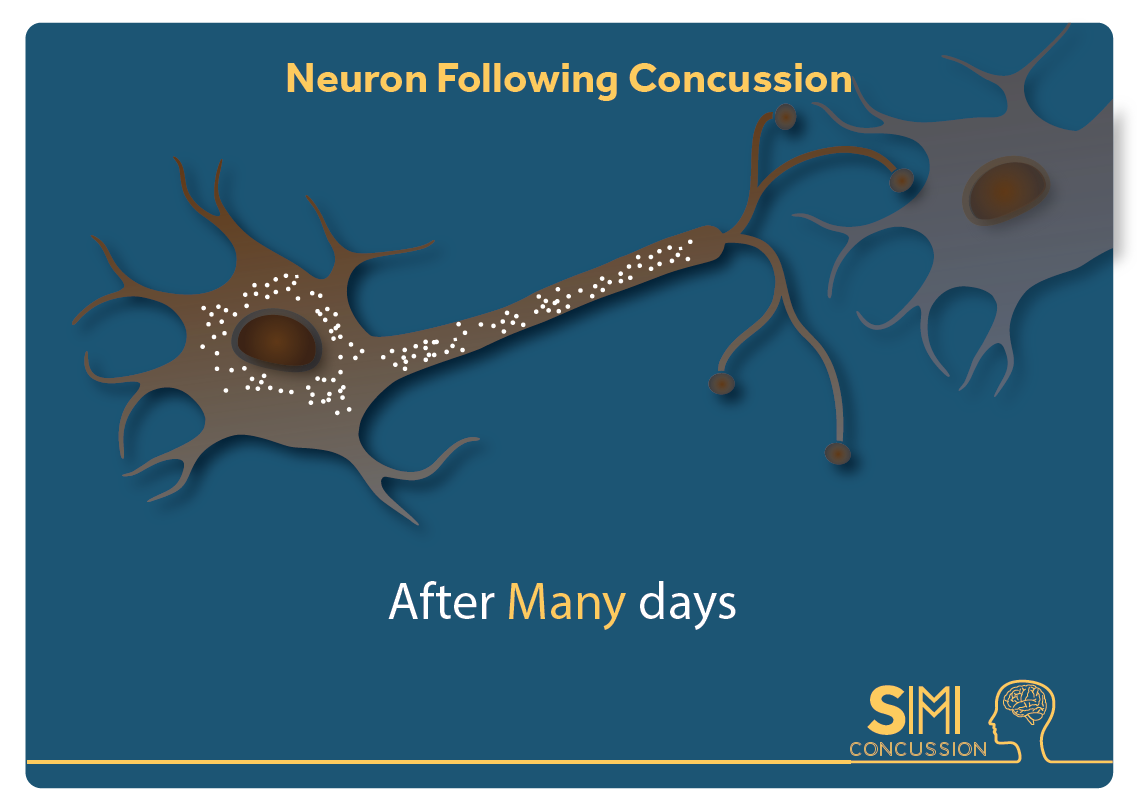 This gives a brief overview of what happens inside the brain during a concussion. As research continues, this picture is becoming more clear and our understanding of how to prevent significant issues following concussion is increasing.

If you or somebody you know has had a concussion and would just like more advice or a medical assessment, feel free to contact us here at Sports Medicine NI, and we would be delighted to advise and help you.